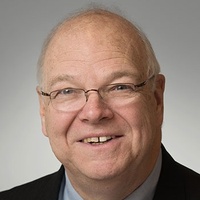 For more than 10 years, Jim was CEO of Tufts Health Plan, where he led a turnaround that nearly doubled the membership and achieved consistent profitability while attaining #1 ranking in the United States from the national accrediting organization. He was previously in-house General Counsel and was a former partner in the Health Care Practice Group of Choate, Hall and Stewart in Boston. Before joining Tufts Health Plan, he served as Associate Commissioner of the U.S. Social Security Administration.

In 2016, Jim was a visiting fellow at the Institute of Politics of the Harvard Kennedy School of Government. He continues as a clinical instructor in the Public Health and Community Medicine Department of Tufts University School of Medicine.

Public policy and politics are Jim's personal passions. He co-chairs the Rules and Bylaws Committee of the Democratic National Committee and is volunteer legal counsel for the Massachusetts Democratic Party. He is a trustee of the Cambridge Public Library and the Cambridge Community Foundation. He has co-chaired Rhode Island Governor Gina Raimondo's Healthcare Leaders Task Force on Health Care Cost Growth, and he co-chaired the Massachusetts Hospital Association's work group on access to behavioral health care.

Jim and his wife, Ann, enjoy living near their daughters and their husbands and three grandsons in Cambridge, MA, as well as visiting their daughter, her husband and their newest grandson in Washington, DC.